We offer our list of what the best upcoming genre films of 2022 are that are must sees.

This year is nearly over! And as for what the best upcoming genre films of 2022 are that we should see, I offer my top ten picks. It wouldn’t be fair to be America-side centric, since that’d be alienating fans of anime movies. To note, this list makes up part of my presentation at Capital City Comic Con 2022 and is provided for those who were unable to make it to the morning panel. I heard from a few attendees that they wanted to show up, and gave one reason or another….

As for Halloween related films, the fun has already begun this month, and my preview was posted early so fans can get a head start. There’s one movie that stands out which must be seen, especially if you’re a fan of Makoto Shinkai’s works. In that regard, I offer my top ten list, which starts with:

SUZUME’S LOCKING UP (Suzume no Tojimari)

No list can be complete without at least one movie from Japan. Makoto Shinkai’s animated films are original ideas. After Weathering with You and Your Name, this latest work explores the relationship a young girl has with a male stranger who is in search of a special door. Just where they lead is not to Wonderland, but perhaps danger. Unlike Monsters Inc, these portals may not be to isn’t to paradise.

It’s very likely GKIDS will pick up this title and release it by the end of the year, if not next.

In sequential order, by release date, of the best upcoming genre films of 2022, are:

The hype is real and whether you can smell what the rock is cooking, I’m excited. In what’s key is in how much of this anti-hero’s origin story is honoured. When the trailer identifies Adrianna Tomaz as an important character, and viewers know the lore, I prefer to know how her transformation to a certain figure from mythology factors in. I’m purposely being vague for those who don’t want spoilers. 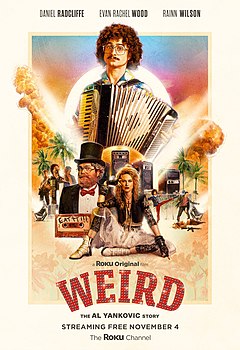 Daniel Radcliffe is always worth watching on the big screen. He’s knocked it out of the park many times with the variety of oddball roles he’s played throughout the years, especially with Guns Akimbo.

Although not every character is as unusual as Weird Al, the fact the motion picture won rave reviews at TIFF suggests we’re lucky to get this movie head straight to streaming right away rather than be forced to wait. 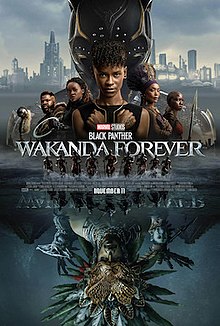 Everyone wants to know how this series will continue, and if it may get a further sequel. But sadly, the person who made this superhero who he is has sadly passed away due to cancer. Chadwick Boseman’s death hit everybody hard, and nobody suspected it.

Kevin Feige announced that this character won’t be replaced.

Instead, true to the title, this actor will be honoured. I have my theories concerning how the title will go on, and the trailers are hinting at what I’ve suspected all along. The Black Panther suit is a badge of honour that anyone can don, much like he or she who welds Mjölnir as Thor: Love and Thunder has shown.

This Disney flick looks like a fun movie that not only honours the pulps of yesteryear but also is one about why staying a family matters. Here, the Clade family are adventurers. Many of whom are members of the famed Explorers Club, except for Searcher. He’s not made of the same stuff as his family. Neither does he lives up to his name, and what we get here will be a mix of 40s Indiana Jones style shenanigans with the 50s retro sci-fi.

After the poor performance of Robert Zemeckis’ adaptation since it offered nothing new, hopefully this darker tale will do what’s needed to make us love the puppet again. This filmmaker is staying true to the Italian narrative as it was originally penned, then altered for the Disney take.

The fact it’s stop-motion animated is a step in the right direction, and as for what kind of doom and gloom audiences can expect, what’s offered even has me anxious for it.

Brendan Fraser is a talent who is making a comeback unlike any other, and although this film by Darren Aronofsky is more of a drama than genre, it must be mentioned after all the press that’s been released since. Here, he presents himself as a problematic parental unit who wants to desperately connect with his daughter. As Charlie, he knows what he did to break his wife and kid’s heart was wrong, and to find peace will be tough. We have two recognisable names in this film. While Fraser is known for his past comedic works, Sadie Sink is no stranger to fans of Netflix’s series about the weird things going on in Hawkins, Indiana.

AVATAR: THE WAY OF THE WATER

Not everyone is eager for this film; the first movie was released in 2009. Thankfully, it’s being shown again, and I’ll have a look back at this film since a refresher is going to be much needed. But will it be enough? This work is terrific for its use of proper 3D cinematography, and the art design is spectacular.

I described the first film as putting Nausicaa and Mononoke Hime into a blender. Hopefully this sequel will be different, and as for the theme of conserving our oceans, it’s safe to say that’s the message Cameron hopes to teach. 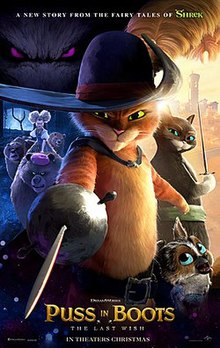 PUSS IN BOOTS 2: THE LAST WISH

What happens to a cat when he runs out of his nine lives? He tries to get a new set as though he thinks he’s Doctor Who. If he’s in search for a genie, good luck! As audiences already know, looking for a magical creature who can grant wishes often bodes bad things. Mind you, to get one’s most innermost desire fulfilled often comes at a price too. As for what Puss in Boots gets, is that what he truly wants? I

30 minutes of this film was shown at Annecy Film Festival and those who saw it said they love the darker tone. This report is a good sign that DreamWorks waited until the right story can be developed to continue this spin-off. It shouldn’t be like the generally well-received Netflix show. This version suggests a much different direction.

Daniel Craig proves he’s still got it, and he doesn’t have to be James Bond to prove his ability to command a film. Although he’s no longer a super-spy, he’s quite the detective these days with the Knives Out franchise. But in this film’s case, it confirms that Rian Johnson knows how to make a movie, and just maybe his interpretation on what the Star Wars mythos represents isn’t bad. When handling an original idea of his own, he subverts and improves upon everything that we love with the murder mystery genre!

After this look at the upcoming genre films of 2022, I’m offering my early picks of 2023! It’s certain to change as trailers and new information is released. Stay tuned!