The wait may be hard for some, but for those anxious to know a bit more, a synopsis for issue #1 is… 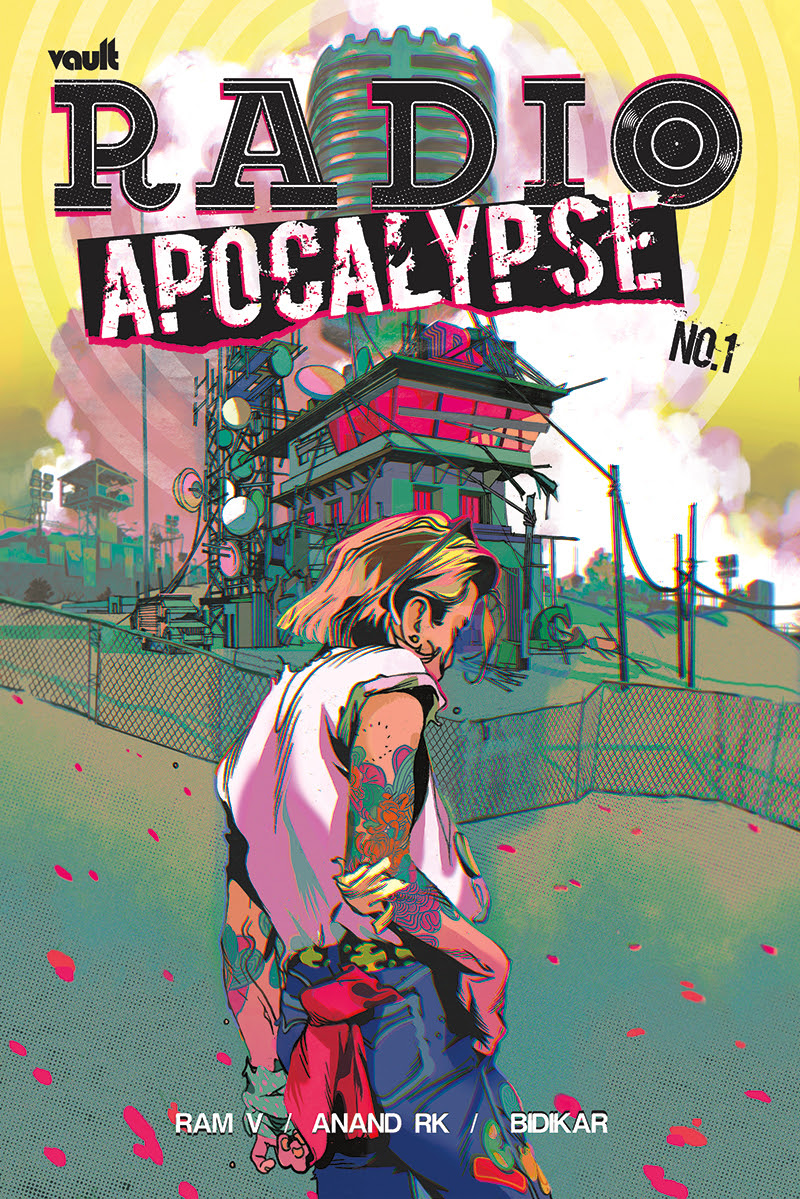 Today Vault Comics announced that, due to Covid-related delays, the release of Radio Apocalypse #1 has been pushed back to October 2021.

“Anyone who has read Ram and Anand’s other work knows just how exceptional their creative efforts truly are,” said Vault Co-Founder & Editor-in-Chief, Adrian Wassel. “Covid has thrown a wrench into every aspect of our lives, and yet somehow we’ve all learned to keep moving forward. Still, the last thing we want to do is rush what will be a singular and masterful series, and so we’ve decided to hold the Radio Apocalypse release just a bit longer. I promise, it’s worth it.”

“It is a story of the resilience and joy of music, love and the human spirit even in the bleakest of times and we’ve been raring to tell it for over three years. With Radio Apocalypse, I’m thrilled to be able to share this mix-tape for the end-times with our readers!” said Ram V to Hollywood Reporter.

In the same interview, Anand revealed, “Some of my favorite things to do in art is world-building, especially when this world is so similar to ours but just not quite it. To design specifics of this world, how characters inhabit it, how physics and biology of it work, the culture that shapes it. I find this immensely exciting and satisfying. Radio Apocalypse is one such project and I can’t wait for Ram and me to tell this story.”

The wait may be hard for some, but for those anxious to know a bit more, a synopsis for issue #1 can be read below:

Long after the rock out of space struck the world and turned it all to dust, in Bakerstown stands the last Radio Station on the planet. Radio Apocalypse broadcasting into the unknown, a beacon in the dark for those who wander the lost places. Now change is coming to Bakerstown. Among the refugees flocking into an already precarious settlement, an orphan boy Rion, caught in an indiscretion, will twine his fate with the Radio Station. And in doing so, begin this mixtape of love and heartbreak and interminable hope. This soundtrack to the end of the world.