Even though there’s a lot of Christmas Movies to watch, there’s always that essential list to make enjoying the season all the more jollier.

When looking at the television schedules during the Yuletide season, the list of Christmas movies offered is very predictable. There will always be the same set of films or holiday specials to watch to get into the spirit. A few rarely get taken off programmming because it’s dated. It’s just tradition to offer them every year.

Try as I might to resist, there’s no denying these works, be it made for the big screen or small, are a must. Even though this list is based on what’s offered mid 2010, I’m sure a few might not get revisited again, but I’ll seek it out when I need a work to get me into the season.

Presented in no particular order are:

If I had to choose between which one of the two films is the best, I feel the sequel is just a lot more fun and enduring. Kevin (Macaulay Culkin) is in a big city, and he does an amazing job of fending for himself.

The deeper feeling of isolation, a common theme in this series, feels more powerful. His mom loves this kid despite all his flaws. He befriends a homeless lady during this time, and just what they teach each other earns more sniffles than the previous, where that arc with Old Man Marley is nicely resolved.

Plus, how can anyone not like what Hector the Concierge (Tim Curry) had to endure? Even after successive watches, to see him deal with all the madness that ensues is still priceless.

Bill Murray is simply bonkers in this version of Charles Dickens’ A Christmas Carol. This revisionist take sees him as a television executive who forces the staff to commercialize this seminal classic for all the wrong reasons.

Anyone who knows this tale will know how this story ends, and I feel this comedian was at the top of his game for the improv he did when this film was filming. Sadly, the Yule! Love It Edition never saw the light of day when announced in 2006. I’m holding out hope it might surface one day. Until then, I suppose there’s A Very Murray Christmas to watch on Netflix to tide me over.

Penguins of Madagascar
“The All Nighter Before Christmas”

Not many holiday episodes from all the television series I watch do a good job at capturing or even understanding the spirit in the way I see it. Part of the problem lies in making the celebration significant, or it is just there as window decoration for a “clip show.”

For these merry penguins who do not quite understand this human holiday, the laughs come from Skipper trying to discover the magic. In the end, “it’s the message of ‘it’ isn’t perfect, but it’s Christmas” that says it all.

Holiday mayhem is at its best when an entire neighbourhood gets threatened. Plus, who does not like Phoebe Cates? Well, technically, the hint at where Gremlins come from intrigues me. This version does take inspiration from the lore British aviators created about how their craft was often sabotaged. They are equal opportunity tricksters. Who knew they can be cute when they want to?

To find this fuzzball in a Chinese shop only to become a gift always has me looking at the movie time and time again (as my knowledge of folklore broadens) to see if I can figure out this mystery.

Dan Aykroyd and Eddie Murphy are two comedic greats and they make for a terrific team up about what types of actions define a person’s station in life. Are they born great, or is it thrust upon them? Perhaps environmental factors come into play. From poor man to rich man, this rags to riches tale has a lot to consider for the thinking man. As a comedy, there’s plenty to enjoy as the two come to odds trying to prove or disprove themselves amongst their peers. 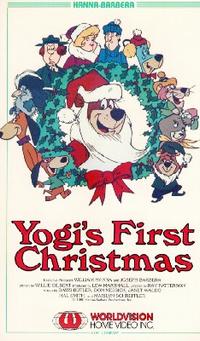 For some odd reason, I like the child Snively in this television movie. He’s basically a spoiled brat to the aunt who can close down the lodge Yogi Bear and gang are working in. While they work hard to bring the holiday spirit to Jellystone Park, this kid is trying to do everything he can to destroy it. I’m not saying I’m the same way.

Just how this story ends is by showing how all people can have a change of heart. This tale is enduring for the simple reason anyone can change. We do not have to be strangers when feeling all alone. Perhaps that’s how the boy felt since his guardian was more focused on one thing than truly looking out for his well being.

Although these films are not set for the season, sans the holiday special, I love Scrat! This sabre-tooth squirrel is hilarious. While his adventures get far more ludicrous in later films, his persistence must be commended. As for the films, they make for great background watching. The idea of a dysfunctional herd of animals coming together as a family is a good one and it teaches viewers of all ages in how to be patient with even those black sheeps.

The core tale is on how the woolly mammoth, Manny, finds others of his kind and have a family of his own. While no different than DreamWorks The Croods (only with humans instead), these computer animated films offers their hearts in the right place, which makes watching them time and time again worthwhile.