What’s saccharine about this tale is in how Youri lucid dreams. 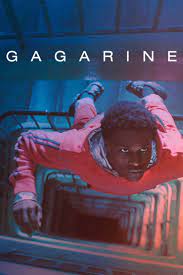 Please check local listings for one near you.
Mild Spoiler Alert

Before the young Youri (Alséni Bathily) can dream of conquering outer space, he has to deal with the inner place that’s about to implode around him. In Gagarine, he has to face the cold hard fact the building he lives in is slated to be demolished. This film looks at a side of Parisian life rarely explored. It’s a story about the less fortunate and directors Fanny Liatard and Jérémy Trouilh do a fantastic job at revealing this world rarely talked about. It’s not all that glamourous in those parts.

As this lad tries to save his tenement from total devastation, what he dreams about is of a better future for everyone he’s friends with. Although most decided to take the easy way out by moving, he didn’t. He stays behind, and what he envisions becomes a lucid dream. Part of the reason is in him believing his mom will come back. This aspect of the tale kept me invested.

But as fantasy and reality collide, the latter is hard to bear. We’re treated to a slowly moving movie about his hallucination. He restores parts of the building to resemble an arboretum in a spacecraft. In his mind, he believes he’s saved his home and knows it can launch to the stars–but does it? This film heads in a familiar parable type of direction like Pan’s Labyrinth. But unlike this classic, how it all ends does not deal with the fantastic in any regard. Instead, it offers a life lesson.

This introspective film begins with archive footage of cosmonaut Yuri Gagarin visiting France to inaugurate the building back in the 60s before jumping to today, where we find that spit and shine all gone. What’s saccharine about this tale is in how Youri lucid dreams. The only sad reality is that it’s tough to fight progress, and we have to give praise for not only this character but also the performer’s talent, to demonstrate resilience.