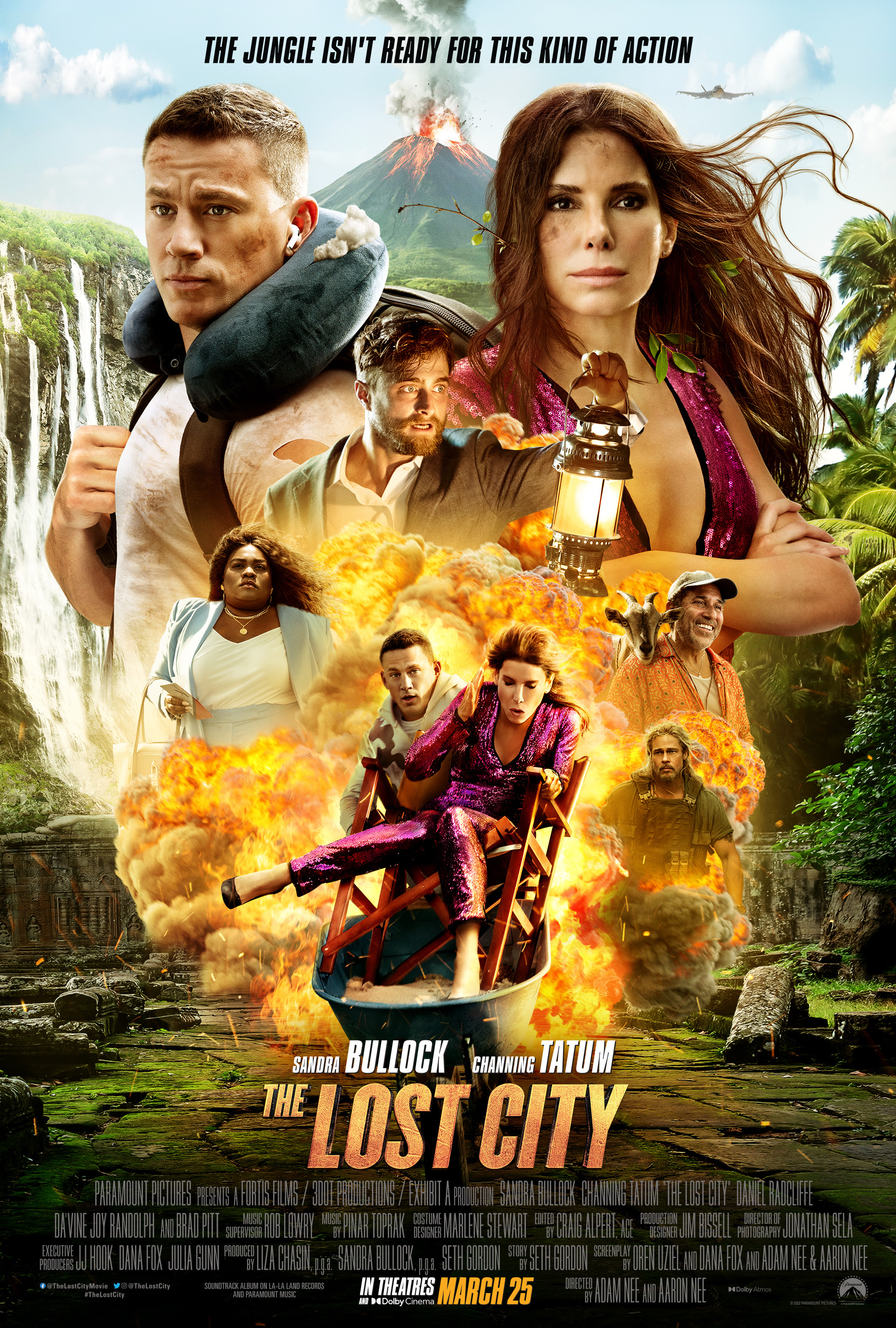 The Lost City shows a match made in heaven, and no, this movie is not about these talents getting together. Teasers have been out for a while, and after the big game–yes, that one concerning tossing a pigskin around–there should be a proper trailer release. This work is worth checking out since after the success of Jungle Cruise, I’m anxious for another adventure in the Amazon again! Both films have been fuelled by star power, and there’s something about Sandra to like.

This work might be an reimaging of 1984’s Romancing the Stone but viewers won’t know until the film’s release.

Plus with Radcliffe around, what’s not to like as he may well be the villain in this piece.

Brilliant, but reclusive author Loretta Sage (Bullock) has spent her career writing about exotic places in her popular romance-adventure novels featuring handsome cover model Alan (Tatum), who has dedicated his life to embodying the hero character, “Dash.” While on tour promoting her new book with Alan, Loretta is kidnapped by an eccentric billionaire (Radcliffe) who hopes that she can lead him to the ancient lost city’s treasure from her latest story. Wanting to prove that he can be a hero in real life and not just on the pages of her books, Alan sets off to rescue her. Thrust into an epic jungle adventure, the unlikely pair will need to work together to survive the elements and find the ancient treasure before it’s lost forever.