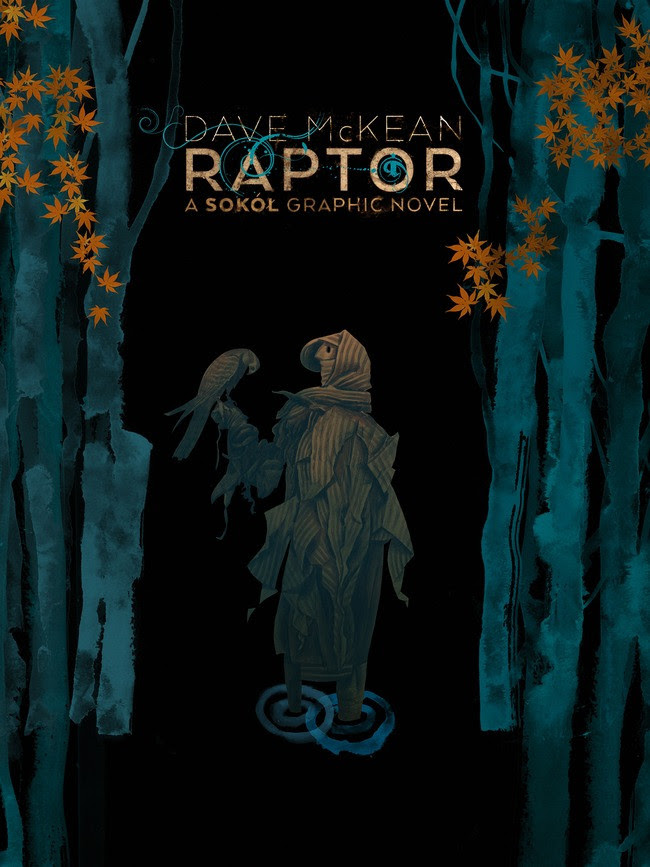 Raptor flickers between two worlds and two conflicted souls: Sokol wanders a feudal fantastical landscape hunting monsters for those that can pay, and Arthur, a writer of supernatural tales in 19th Century Wales, mourning the passing of his young wife and dabbling in the supernatural in the vain hope of seeing her again. They both exist in the twilight between truth and lies, life and death, reality and the imagination. Also available is a deluxe, oversized hardcover limited edition, with an exclusive signed tip-in illustration that is a perfect addition to any fan’s Dave McKean collection.

Raptor: A Sokol Graphic Novel and Raptor: A Sokol Graphic Novel Limited Edition will be in comic shops on July 7, 2021 and in bookstores on July 20, 2021. They are available for pre-order on Amazon, Barnes & Noble, and at your local comic shop and bookstore. The 128-page trade paperback that will retail for $29.99. The oversized, hardcover will retail for $99.99 (USD)

Praise for Dave McKean’s Cages:
“One of the most important works of comic art in the last decade.”–The Comics Journal
“It is compulsively readable, with a lyrical tone that moves the reader through the rougher, more elusive passages as it strives at the very edge of the form’s limitation.”–Comic Foundry Magazine
“The finest comic being created today. Get it and see what heights narrative graphic art can achieve.”–The Fine Print