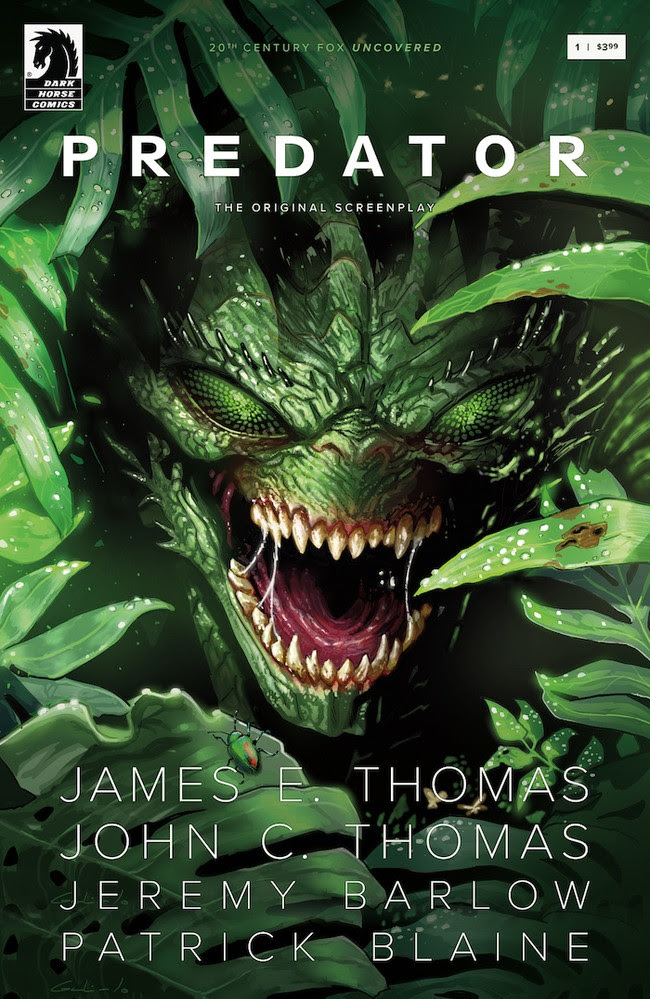 Despite an iffy future for the Predator franchise, I’ve enjoyed the first film for what it was–a tale of who is the alpha. Whether that belonged to man or alien, that was besides the point. Arnold Schwarzenegger and all the heavyweights from that time certainly exercised their testosterone.

The challenge I found was in balancing a “Shootout at the OK corral” type narrative with something of mystery–about alien invaders coming to Earth and in this film, it was all about sport! However, what the first two films created was an intrigue for a species rooted in our primal lore about simply surviving. The mythology was never set in stone. It was made up on the spot as new writers and producers joined the fore. Original producer Joel Silver turned the first treatment that was more pulp science fiction orientated into a cat and mouse style chase.

The sequels and merchandise that followed–including Dark Horse’s foray into cross media projects –had me excited to see just how far back this species visited Earth. I was deadly curious to see how this society works, and now (and no doubt due to the success of William Gibson’s Aliens 3 getting printed), we get to see another screenplay adapted to comic book form! To see how much of Jim and John Thomas screenplay survived will have me very curious, and waiting for this work to hit stands.

From the Press Release:

In this story, a team of military specialists are on a rescue mission in the jungles of Central America. The details of the mission are classified, but the team soon uncovers a trail of lies and deceit. Something is observing them—tracking their every move. The hunt has begun!

Predator: The Original Screenplay #1 (of five) goes on sale June 10, 2020, and is available for pre-order at your local comic shop. “The Original Screenplay” stories (Alien 3 and Alien) are a line of books which present alternate storylines and events for the now classic sci-fi motion picture masterpieces.